Amongst one of the most prominent differences between Content Marketing and Writing is that the former involves going beyond simply churning out content to actually putting the content out there in front of the right audience. Any content marketing strategy or plan that focuses solely on content writing and production aspects is bound to struggle in demonstrating a positive ROI from marketing investments. In this post, we argue that a well-planned Content Marketing Strategy should take into account the Content Promotion and Distribution plan when laying out the Content Production Plan in order to maximize the returns from Content Marketing Investments.

The arguments in this post are likely to be best understood if we first lay down the big picture of what makes up a Content Marketing Strategy. An ultra-trivial breakdown of this Strategy would be answering simple questions around What, Why, Who, How, Where, When of Content Marketing. More specifically-

The Where aspect of this approach requires Marketers to take into account the Content Promotion Outline in order to put together the rest of the Strategy elements. Let us dig deeper into what this means practically.

How and on which channels you plan to distribute Content will determine the types of formats and themes you should be using in your Editorial plan. Without the connection, you will likely struggle to demonstrate efficiency and effectiveness of Content Marketing in the long run.

By and large, all promotional activities can be bucketed into one of the following three categories-

Owned Media-This includes any promotions that you might undertake on your owned media properties. These would include promotions on your Facebook pages, Twitter profiles, LinkedIn Accounts, Pinterest/Instagram pages, interlinking on your own website pages and so on. In short, any destination that you own and have full publishing control of. These tactics typically involve using simple tools (e.g. Hootsuite, Buffer, SproutSocial etc.) and the costs involved are largely for software subscription rather than advertising.

Technology has a key role to play in aligning Content Production and Promotion functions. For example, Campaigns that are likely to be heavily paid media biased can restrict content production to format types such as landing pages and lead magnets. Your Content Marketing Platform can then automatically prevent non-compatible formats to be used for Editorial Calendars for these Campaigns.

If you had $100 to spend on Content Writing and Production, how would you allocate the amount if your promotion plan was heavily Earned Media centric? Would this allocation be the same as the one where your promotion strategy was heavily Paid Media oriented? What sort of content themes and formats would you deploy in either scenarios? Could you do with the same production plan for each? Clearly not. Consider why.

So how do you turn this into action?

The considerations outlined above can only be realistically actioned if your Content Production is organized around formats, themes and campaign types.

Assuming that upstream planning has already been done to identify these, you could simply restrict certain formats and themes to specific campaign types.  For example, you would know that a Paid Media biased approach would rely heavily on Lead Generation Campaigns and target bottom-of-the funnel prospect. You could then create a rule that for such Campaigns, x% or more of your Content Calendar items (e.g. x=70) must focus on creating high quality landing pages with well thought of calls to action and tracking setup. Similarly, you could setup another rule that says that for Earned Media Campaigns where the Campaign objective would be largely branding, that you would only deploy themes such as points of view, industry trends, best practices guides etc. that all reflect your domain expertise, and which is what Influencers look for when giving endorsements.

Regardless of the actual marketing mix that you elect to implement, it is important to bring the Content Production and Promotion Teams on the same page early in the process before resources are deployed for creating content ideas and calendar entries. Doing so results in aligning the Production and Promotion functions along a shared objective and in ultimately ensuring increased efficiency and effectiveness of your Content Production efforts.

Understanding the impact of Content Promotion plan on Content Planning and Production2018-03-212018-03-21/wp-content/uploads/2017/09/syptus_logo.pngSyptus CMP-The Content Marketing Platform for Professional Teamshttps://www.syptus.com/wp-content/uploads/2017/03/about.png200px200px
About
Lindsay Graham
Lindsay is a Senior Content Strategist working out of our UK location. Lindsay brings over a decade of experience in large B2B Marketing departments including Serco, Avanade, and IBM Interactive. Her core expertise is in the area of Content Operations and as a Consultant for a number of bluechips brands, has created top-down Content Governance and Ops Transformation programs.

h J R
Creating content consistently and at scale-5 ideas to get you started!https://t.co/vNrsaLV5Ez 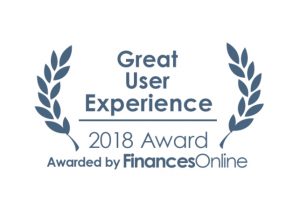 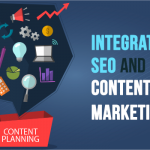 Integrating SEO and Content Marketing to create Content Plans-An Enterprise perspectiveContent Marketing Strategy
This site use cookies to provide our visitors with the best and more relevant experience. If you continue to use this site we will assume your consent for use of cookiesOk